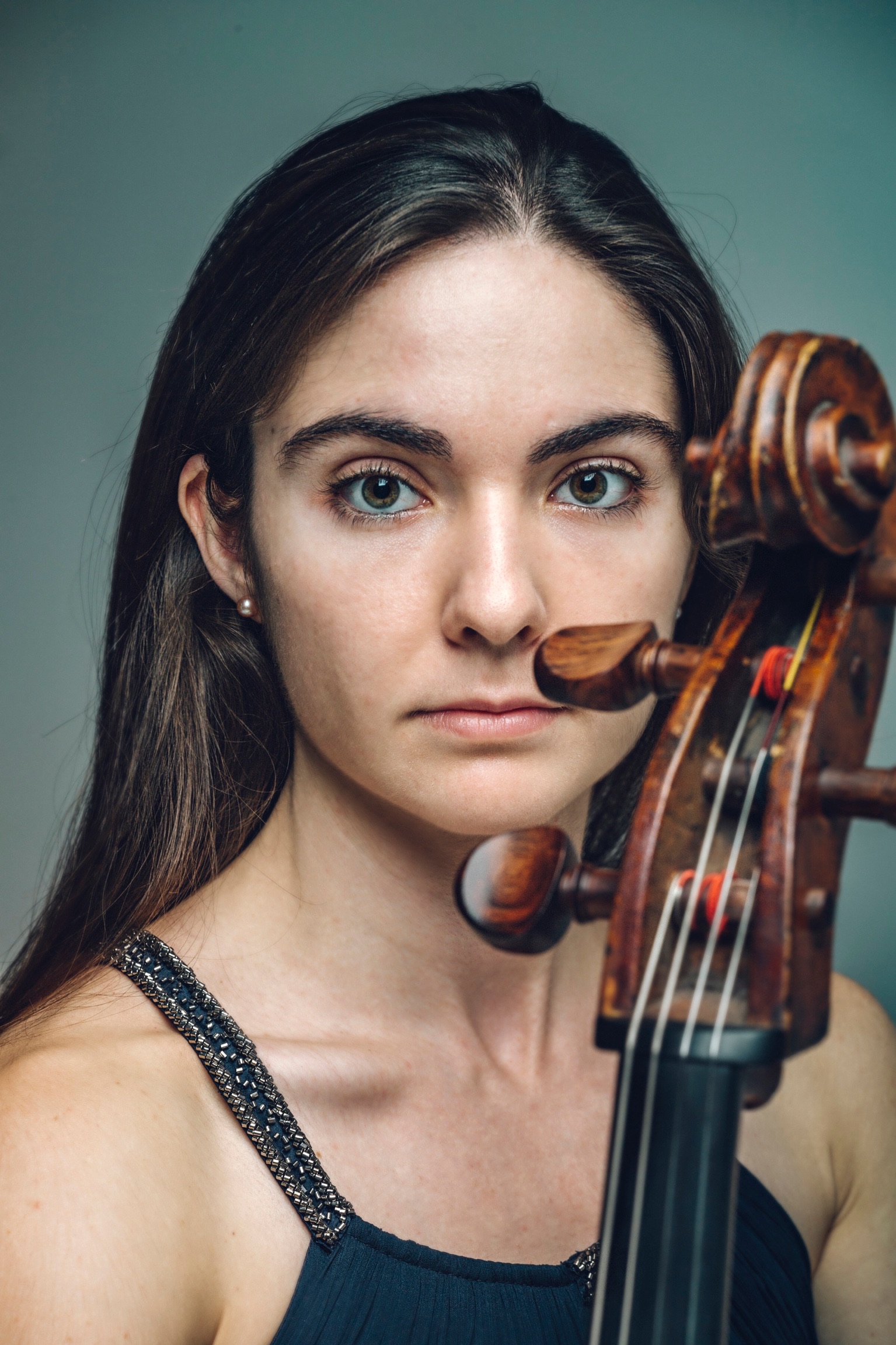 Paula Sánchez Lahoz started cello at the age of 5. Graduated from the Liceu Conservatory in Barcelona with Amparo Lacruz, she has also studied in the Municipal Conservatory of Barcelona (CMMB). She is currently studying a master’s degree in cello performance, with a scholarship by Liceu Conservatory Foundation, and a master’s degree in chamber music together with pianist Blai Mañer.
During her career, she has played in halls and festivals in Spain, France, Germany, Switzerland, Netherlands, Italy... with different ensembles, orchestras and as a soloist. She has worked with great musicians such as Clemens Hagen, Wolfgang Boettcher, Giovanni Sollima, Gustav Rivinius, Peter Bruns, Danjulo Ishizaka, Pierre-Yves Hodique, Harro Ruijsenaars, Maria de Macedo, Amir Eldan, Paul Katz... As a performer, chamber music is her main interest. She has a duo with pianist Blai Mañer, with who she was invited, on behalf of Spain, to play in the “XII Rassegna Musicale Europea”, and she is also the cellist of Trio Blanchard, first prize in the higher category of the “XIII Concurs de música de cambra Higini Anglès”. She has collaborated with orchestras as the Orquestra Simfònica del Valles, JONDE, Orquestra de cambra de Granollers... as tutti and also as soloist in many occasions, playing the concerto of A. Dvorak, E. Elgar, Triple Concerto of L. van Beethoven, among others. She has been awarded multiple scholarships, prize and other awards, from the Ferrer-Salat Music Foundation during her bachelor, from the Isaac Albéniz Music Foundation, Honor Prize in chamber music in CMMB... She is a collaborator of the Pau Casals Foundation.